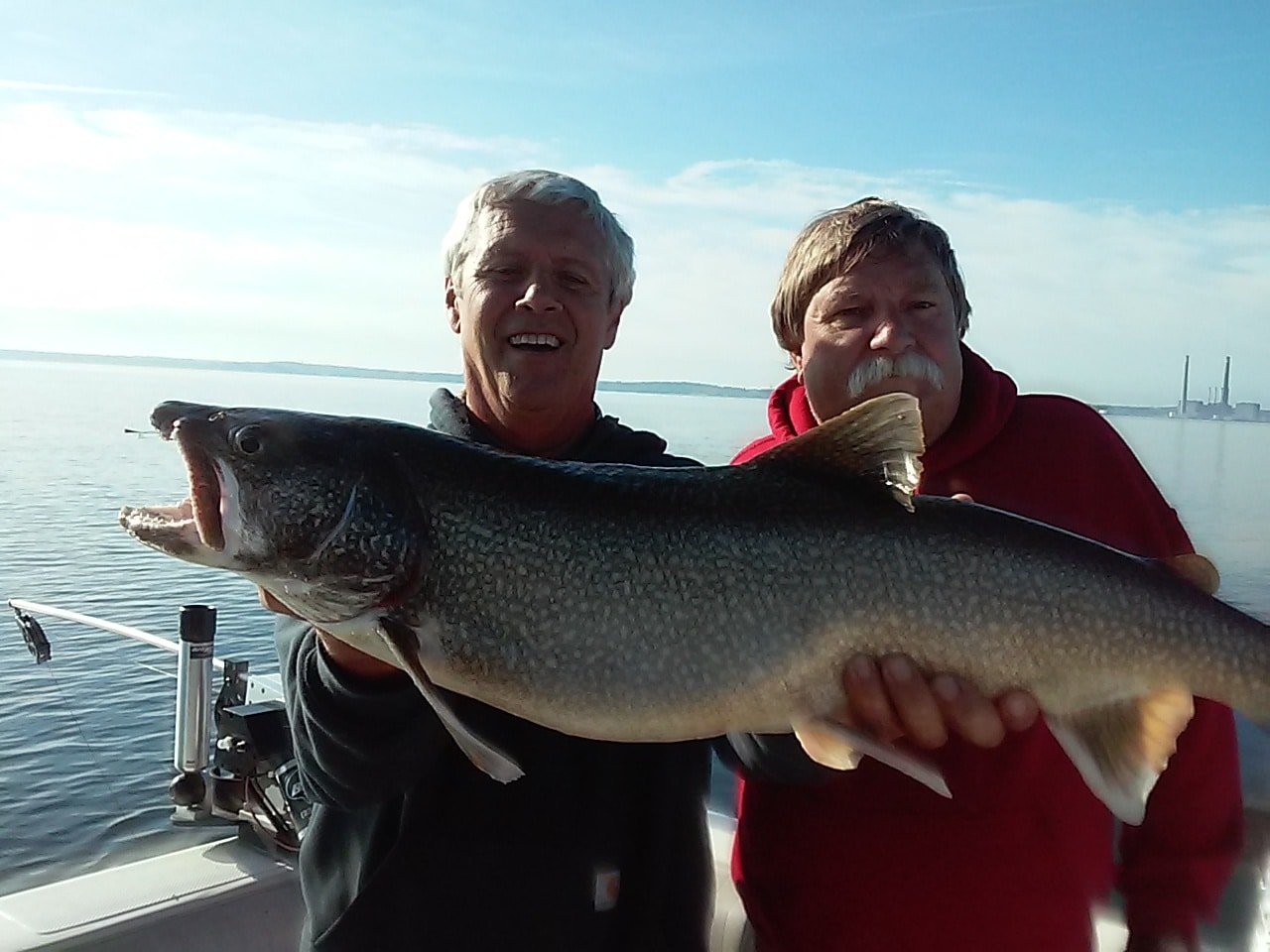 Ace Charters is in the water here in Oswego to start our 2016 season after finishing up a great season on the Hudson River chasing striped bass.
Hoping to chase and catch brown trout, one of our favorite passions in June, is just not happening. Unfavorable wind conditions causing gin clear water and colder temperatures are most likely the causes. So, we have switched to plan B, and have been fishing for Lake Ontario’s Lake Trout.
On our first outing, we managed to boat seven nice lakers with a nicer one caught by long time fishing buddy John Contral

On day two, John and Justin Shutts boated several lakers as well deciding to keep two of them for the table. We did have a larger laker on for sometime, but as luck would have it, it went away. 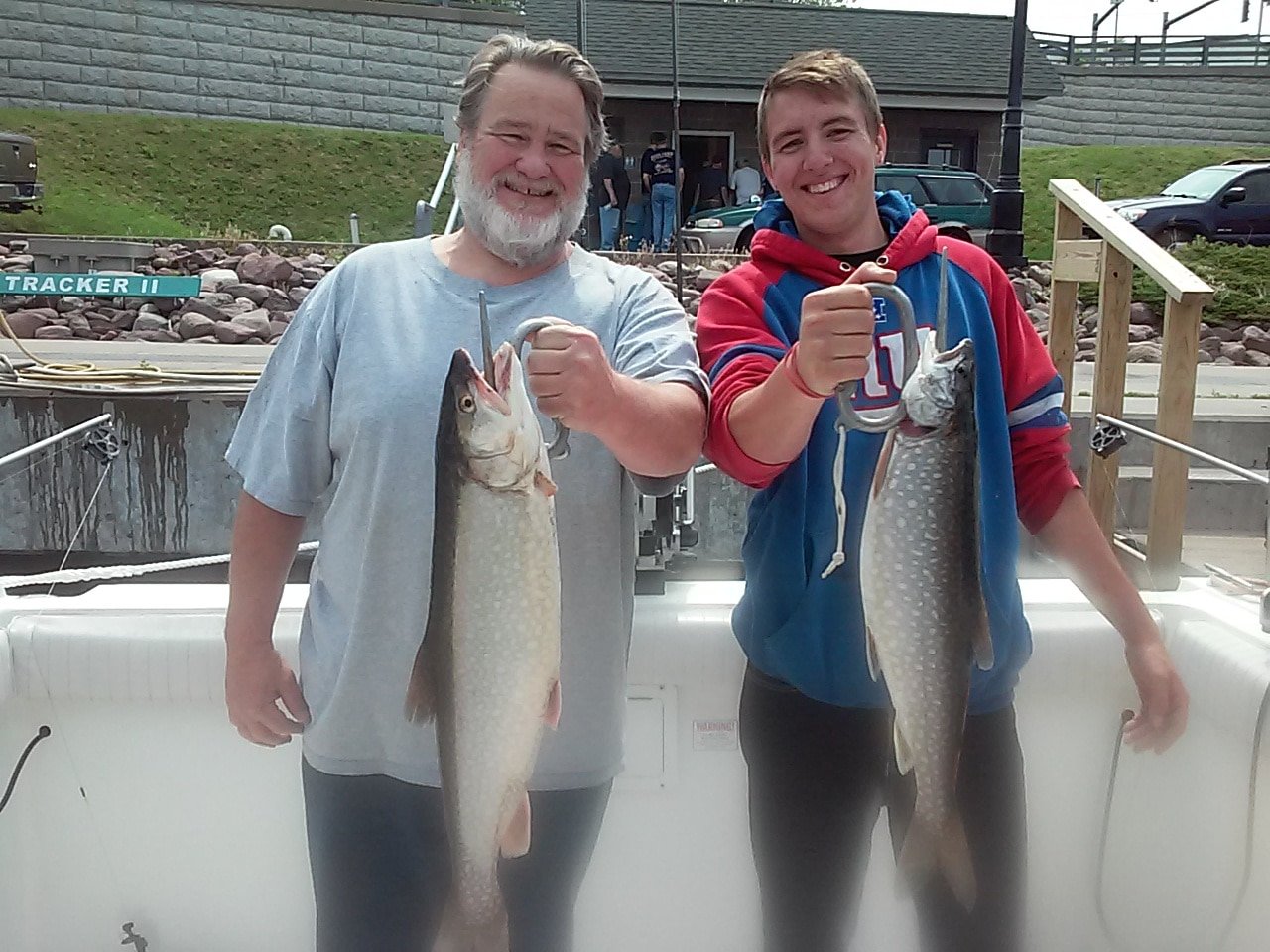 West winds are expected by mid week and hopefully will change the conditions to favor brown trout fishing. One other note, bait fish have been showing up more frequently on the fishfinder and where there’s bait, sooner or later there will be predatory fish,too.