We just finished installing the Lowrance Gen 2 Touch with Marpa aboard the The “Ace” our beloved charter boat. What started out as just a simple replacement for my older inoperable LCA 5000 radar with the Lowrance 9200c turned out to be an adventure in modern day electronic installation and interfacing all being brought about by the inability to procure a rim 200 radar interface chord for my 9200c chartplotter from Lowrance. 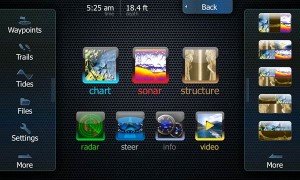 After doing the research and seeing what was available while keeping within my price range, the Lowrance Gen 2 Touch along with the optional 3G broadband radar seemed like the way to go. Upon further reading and inspection of the features offered by the Gen 2,  it was discovered that this unit was compatible with  Marpa. So, what is Marpa? Marpa is an acronym that stands for “mini-automatic radar plotting aid”. Simply put, it is an aftermarket radar feature that allows you to track up to ten other boats in real time on your radar screen.

My original intent was to keep my purchase under the $3000.00 mark for my radar which would have been just fine until I discovered Marpa and just what it would take to get it fully functional. Here’s the kick in the teeth. If you read the features’ list on the Lowrance Gen 2 Touch you will see that it is Marpa functional. What you won’t see is all the additional electronics and connector chords that are required to make it work and of course, at additional expense. Here’s what’s required to get the Marpa up and running. 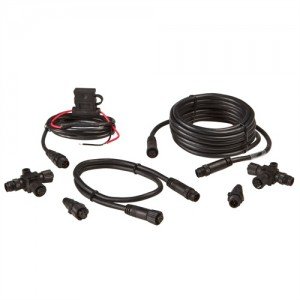 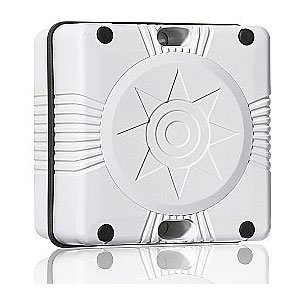 A compass such as this one is required for Marpa functionality

Low and behold, Simrad,Lowrance, and B+G all belong to the parent company Navico. The next item needed was an interface box called an R110 which allows the 3G radar to create the calculations needed for the Marpa to function. Also needed are the adapter cords to allow the interfacing of the different items from the different companies so that they can all work together. There are Simnet chords, Lowrance ethernet cords, Simnet adapters,  nmea 2000 backbone which requires separate power, and “red” T-connectors that ,get this, are actually black in color.

When it was all said and done, the additional expense to get the Marpa to function was an extra $1000.00 or so, none of which was explained or detailed in the product descriptions as being necessary for the Marpa to work. It seemed like once you got started down the Marpa road, it’s was like getting caught in a quagmire as your learn about all the additional items that you will need to purchase to get the Marpa up and running. You will learn about the NMEA 2000 backbone which requires a Lowrance starter kit that includes a power supply cable, a few patch chords, and end resistors that  have to go on both ends of the NMEA 2000 backbone in order for it to function. You will also discover that they have things set up so that you HAVE to buy additional cords and connectors that wouldn’t be necessary if they would just make a male to male patch cord in the first place.

In any event, with the help of my good friends, Lynn Thompson Jr. and Sr., John Wise, and Scotty Richardson, the Lowrance Gen 2 touch with Marpa is now installed and functioning aboard the “Ace “. I will post  updates on its functionality as I get further into my charter fishing season.