Matching the Hatch Through Understanding

Matching the hatch through understanding whats going on around you is a big key to success.When I was studying to be a middle school math teacher the concept of “teaching for understanding” was the popular buzz phrase. It wasn’t just good enough to know that 2 + 2 = 4. It was necessary for the student to understand why 2 + 2 = 4!  The more time I spend on the water, the more I find myself looking for the reasons why fish do what they do and how this can help me to be more productive on each and every outing. 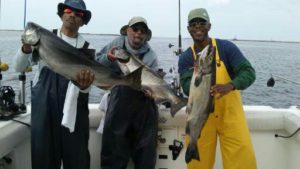 Over the years I have noticed a few very distinct seasonal patterns that seem to hold true year after year here on the eastern end of Lake Ontario. I knew that they existed and I also knew that sooner or later by taking advantage of these patterns, I would successfully catch more fish. It wasn’t till these past couple of seasons that I was able to put two and two together and figure out the reasons why.

The Power of Chartreuse

Every year for about a two to three weak period the King Salmon in our area would go absolutely bonkers for chartreuse/yellow spoons in the stingray and magnum sizes. I knew that that kings at some point in time during the end of July into the month of August would voraciously attack these spoon colors. I just didn’t know exactly how to figure out when to run these spoons other than just putting them out into the spread to see if they would get bit. Wouldn’t it be great to be able to more accurately predict when the start of this phenomenon would occur?

Last year, I happened to be at the cleaning station talking to a buddy of mine. There were a few guys at the tables who were filleting their catch. The king salmon they were filleting had bellies just chuck full of alewives. Guess what color tinge the alewives in the fish’s belly were colored? You guessed it! They were a chartreuse/yellow color very similar to the yellow colored spoons that we had been so successful with in the past. We were unknowingly, matching the hatch. It seems that even though the kings are still feeding on alewives, as their bodies begin to go through the physiological changes necessary to carry out their spawning ritual, the enzyme changes in their digestive system cause the alewives inside them to turn yellow as part of the digestive process. Salmon under stress, like those that may be hooked up on a fishing line, can expel their stomach contents through their mouths into the water. Other fish see this as an easy meal and actively feed on this expelled matter. Salmon as well as other fish are also not 100% percent efficient in digesting and utilizing what they eat. Have you ever watched fish in an aquarium ingest another fish’s excrement? Fish waste, especially this time of year, has a lot of protein left in it due to the incomplete digestion. It also may have yellow pieces of matter in it.  So, by watching and inspecting the contents of king salmon, one could certainly be able to deduce when it would be a good time to run chartreuse/yellow spoons!

I have been fortunate enough over the years to land three very old and mature fish that displayed iridescent green strips down their back that would subsequently disappear after the fish expired. Two were Lake trout exceeding 18 lbs. and one was a fall LOC Derby winning brown trout that was estimated by the DEC biologists to be over 15yrs. old. All of these fish were harvested in late August but not in the same years. As those of you who frequent the Great lakes Angler message board know, there is a member who goes by the user name of Thirsty Whaler. He has an obviously vast knowledge of aquatic and fisheries biology; just read any of his posts! I was able to converse with him about this phenomenon and gain from his insight. He stated that he has seen mature steelhead on Lake Michigan display these same iridescent patterns that I had happened upon here on Lake Ontario. He stated, “Great Lakes salmonines employ a counter shading technique to achieve “camouflage” in open waters-dark on their dorsal side, light on the ventral side.”

So by matching the hatch, how can we use this to our advantage as fishermen? There are two particular items that we have been very successful with on our charter boat; those being Spin-doctors and Pro E-chips with a very similar green color on the edge of them as existed on the adult fish that were caught by Thirsty Whaler and on my charters. Although we have had some success running these patterns in the early part of the season, they really seem to shine towards the end of August on into September. It is my guess that this is when these mature fish are using this counter shading technique to the fullest and running these attractor patterns capitalizes on this by closely duplicating what’s going on in the underwater world.

Although putting down an item into the water and having fish bite it can be very rewarding, having the ability to match the hatch to accurately predict what a fish will bite, and when they are most likely to bite it, can only make for a much more rewarding fishing experience. Next time you happen upon a hot item that really put’s the smack down on the fish, ask yourself the reason why! It just might help lead to an “understanding” that you can use over and over again to make your fishing decisions that much better.