The Scotty King of Kings is perhaps the most prestigious team tournament championship event held in Canada. It consists of a spring and a summer event and is by invitation only. 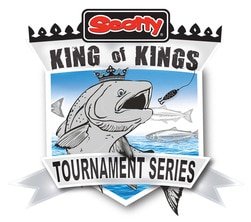 One of the biggest Lake Ontario Tournaments held here in the states is the Wilson Harbor Invitational held out of Wilson,NY. As the name states, it is by invitation only. The “wee” as it is locally called, boasts one of the highest payouts of all the tournaments that are held in the states. There is a big fish Friday, sponsored by Atommik Trolling flies which pays three places and 1k for first place. Top 15 teams of the one day Saturday event will cash as well with the top prize in excess of 10k depending on the number of entries. There is an awards ceremony with a sit down dinner included in the entry fee. There is also a dress code that applies for the function as well. For more info you can check out   http://www.wilsonharborinvitational.com. This event takes place during the middle of May and conflicts with our striper fishing season on the Hudson River so we have never had the privilege to participate.

The Atommik Invitational was created by non other than Tom Allen, a well known fisherman and fly company owner. Tom has done a tremendous amount for the Lake Ontario fishery and the participation of tournament anglers in his sponsored event is testament to that affect. Depending on the number of teams entered, cash prizes in excess of 12k can be expected. This tournament pays down to 15 places as well. There is also a 1k a day  big fish tournament leading up to the event. For more info please check out     http://www.atommikinvitational.com/   Of all the tournaments we have ever fished, this has been our toughest to do well in. We have only cashed once in the main event, but have done very well on big fish Fridays.

Another of the more popular and less expensive Lake Ontario tournaments to participate in is the http://www.atommikchallenge.com/. It is actually made up of three events held from the ports of Oswego, Fairhaven, and The Little Salmon River. Each off these separate events typically draw huge numbers of boats and have very reasonable entry fees of less than a 100.00 dollars for both the main day events and the big fish Friday events as well.